New York Commits Another $1 Billion to Solar. Here’s What You Need to Know.

Will New York join Massachusetts and California as an enduring solar state? 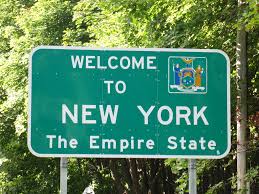 With this new initiative, solar should remain a crucial part of the Empire State’s energy portfolio

The NY-Sun initiative, founded in 2011, coordinates solar programs between the Long Island Power Authority (LIPA, now PSEG Long Island), the New York Power Authority (NYPA), and NYSERDA. The new program, called “Megawatt Block”, will break out MW capacity allocations to specific regions of the state, and then further break down target capacities in each block. Solar incentives in New York will be awarded on a per watt basis for residential PV (up to 25 kW), small PV (non-residential up to 200 kW), and large PV (over 200 kW). Similar to the popular California Solar Initiative rebates, prices will step down as capacity blocks in each region and sector are filled, allowing the market to grow at a steady pace and eventually stand on its own. If the geographic preference follows the earlier program, we can expect to see preference given to areas downstate near New York City.

Solar incentives on Long Island will total $60 million in available grants, more than double the originally proposed allocation. NYSERDA will work through PSEG Long Island, which took over LIPA in the wake of Hurricane Sandy. This announcement comes on the heels of PSEG Long Island’s announced results for their Clean Solar Initiative (CSI) feed-in tariff (FIT) II. Projects with capacities totaling 100 MW will receive contracts for $0.1688/kWh for 20 years.

Is solar here to stay in the Empire State? We think so. The funding and sustained political commitment bodes well for the state’s future as a top solar market. Governor Cuomo estimates that the expanded NY-Sun initiative will grow the New York solar industry by 3 GW over the next decade, ten times its  current installed capacity.

We expect for the New York market’s strength to rival that of New Jersey and Massachusetts, both excellent role models for states with sustained commitments to solar (though they may not have the solar insolation of mega-leaders California and Arizona). New York’s approximately 3 GW commitment rivals Massachusetts’ recently-expanded 1.6GW cap established in the state’s solar carve-out program and New Jersey’s solar carve-out requirement equal to 4.1% of the total electricity load by Energy Year 2028. The New York solar market currently ranks 9th among all states in terms of annual PV capacity additions and in cumulative solar electric capacity as of 2013. Together with some of the highest electricity prices in the country, New York’s renewed commitment to solar should catapult them higher in the rankings.

Get Financing for Solar Projects in New York

Overall, a robust incentive program underpinned by strong political support and high prices for conventional electricity make New York a growing yet still stable market for PV solar investments.  However, while the NY-Sun initiative will drive New York’s solar growth in the coming years, Sol Systems has found that a competitive site lease (for FIT programs) or a strong PPA rate (for rebate programs) is still necessary to make projects pencil for investors under the current incentive regime. Developers interested in securing financing for solar projects in New York should contact our project finance team at finance@solsystemscompany.com or 888-235-1538 x2.