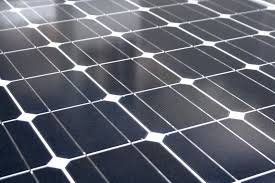 After being passed by the California Senate, the controversial net energy metering (NEM) and rate structure bill AB 327 was passed by the California Assembly earlier this month. The bill now awaits Governor Jerry Brown’s signature before it becomes law. In its current form, AB 327 aims to give the California Public Utilities Commission (CPUC) the ability to flatten tiered rate structures for residential consumers, and pass a tariff of no more than $10 on rate payers to finance fixed transmission and distribution costs faced by utilities. While initially a step back for distributed solar, in its final version, the bill also includes an extension of  California’s NEM policy – slated to reach the end of its life at the end of 2014 at the latest – to July 1, 2017. The new NEM policy would allow CPUC to mandate utilities to acquire more than 33 percent of their power from renewable energy sources, as opposed to the current ceiling of “up to” 33 percent.

Initially, AB 327 was painted as the bill that could stymie solar growth in California. Solar advocates stood in opposition to the bill because flattened rate structures could negatively impact rooftop solar. Coupled with the end of NEM in 2014, flat rates could spell a major slowdown in the growth of residential solar. Utilities have argued for flattened rate structures, coupled with a monthly flat fee for all customers, saying that it would help meet growing energy needs, especially for those heavily burdened by energy costs. But after solar advocates and others included the extension of NEM in the bill, AB 327 has been transformed into the bill that could foster continued growth in the industry for years to come.

In some ways, AB 327 is a compromise between solar advocates and utilities. Recently, there have been heated discussions regarding the impact of the burgeoning distributed generation industry on the traditional US electric utility business model. Utilities have argued that distributed generators take more from the grid than they contribute, burdening those who cannot afford to install solar or other distributed energies. They suggest levying an additional tariff on NEM customers to remedy what they view as an imbalance; or in some cases, completely doing away with NEM. AB 327 would allow the CPUC to give utilities the power to increase the tariff paid by all ratepayers for grid maintenance while maintaining a key incentive for the solar industry.

AB 327 addresses the California NEM policy debate in the near term. In California and other states, we are sure to see an even more robust debate within the industry between now and 2017 as important milestones are hit. Innovative financing structures for the solar industry, like yieldcos, are constantly being proposed to continue industry growth in a post-ITC world. While a one-size-fits-all solution doesn’t exist for the NEM debate taking place across the country, AB 327 in California may set a conciliatory tone for future negotiations.

Developers with projects in need of financing should contact the Sol Systems project finance team at 888-235-1538 x2 or finance@solsystemscompany.com.

Sol Systems is a boutique financial services firm that offers investor clients direct access to the renewable energy asset class and provides developers with sophisticated project financing solutions. Founded in 2008, Sol Systems focuses on meeting the most critical needs of the industry, including SREC monetization, capital placement, tax equity, and New Market Tax Credits. To date, the company has arranged financing for thousands of projects and facilitated hundreds of millions in investment on behalf of Fortune 100 companies, private equity, family offices and individuals. For more information, please visit www.solsystemscompany.com.